Welcome to the 24rd Century, Canada! 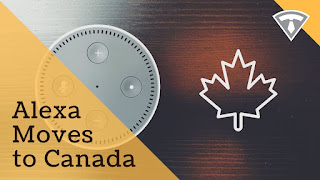 Well, it's finally here.  The Amazon artificial intelligence (AI) devices that have made life easier and fun have finally been officially released in Canada (at least, some of them).  I've listed them here, plus new ones that will eventually come to Canada.

With an Amazon Prime account for only $79CDN, you get:


I expect the price of Amazon Canada Prime WILL go up soon, as in the States, it's been $99USD for a couple of years now, except for two individual days where the price went back down to $79 for new customers.

It reminds me and others of Star Trek, The Next Generation, whereby the crew could talk to the computer and ask it questions as well as control devices.  The wake up word defaults to "Alexa," which is what many call these devices (incorrectly). It won't listen to you until you state its name.

These devices are regularly getting updated and new apps are available on it all the time, including flash news updates, weather, jokes, your shopping lists, purchase items on Amazon.ca, Wikipedia--the list is EXTENSIVE.

As can be expected, you getting ripped off buying them in Canada (except for one--see below).
As an "introductory price" of "only" $49.99 CDN (will go up soon to $69.99), you can get the mini version, known as the Dot, which works terrifically well in a small room or in a larger one, connected to bluetooth or through an audio wire to a more powerful speaker than the one it comes with.
In the US, they're $29.99USD, and right now, you can get one for $5USD more, a TP Link smart plug that you can plug into your wall and control whatever you plug into it.  For example, plug a living room lamp into the TP Link plug, use the TP Link app for your Android/Iphone to name it and control it: "Alexa, turn off the living room lamp.

They'll likely offer "Alexa" exclusive deals, that offer discounts above and beyond what Amazon normally offers, but you have to purchase it through your Amazon AI device, though you have 30 minutes to rescind the edit your purchase.  You will also be able to Subscribe and Save for everyday purchases that they can send you monthly, bi monthly, etc. 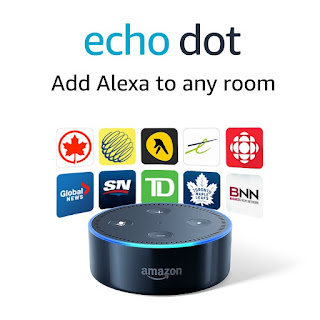 The Amazon Echo Dot
Love how they Canadianized it in the pic, with the background apps that will work with it.  The Canadian Amazon team has been working on the introduction of these devices to Canada for a couple of years, and many Canadians have been using them by buying them from Amazon.COM (they STILL WON'T deliver them to Canada) and shipping them to a US address, then bringing them back and using a service that masks one's URL to allow them to be used, fooling Amazon into believing you're in the States--I recommend unblock-us.com for this ($50CDN a year).  As mentioned, BUY IT IN THE STATES--buying in Canada, other than food, tends to be for suckers, as companies know they can overcharge Canadians as competition is 1/10th the American market. 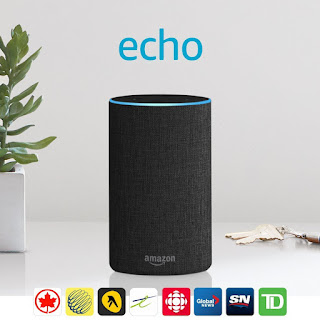 This is the new mini version of the full sized Echo that has superb sound.  Last count, 1923 reviewers on average in the US, gave it 4 stars out of 5.  This second gen version did not get reviewed as highly as the first gen version, which is still available refurbished in the US, but even if you get the new version, you're going to get enough sound out of it to satisfy you, unless you REALLY want to crank it--the first gen Echo could do that!
It IS worth buying in Canada, as it's going for $79 here and $99 in the US. 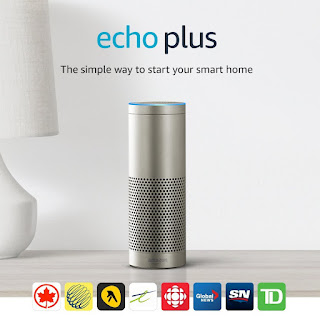 The Third Echo product, being released December 14th, is a lot like the first gen Echo, in size at least.  It comes with a built in smart hub, which the old one did not--you had to just buy devices that did not need a hub, or had to buy a hub separately.  It even comes with a Philips smart bulb that you can control with your Amazon AI devices.

Here's device you can buy in the States, but not yet available to get ripped off in Canada...yet 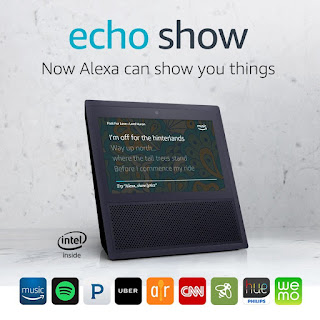 The Echo with a screen, giving you detailed pics, words to songs, YouTube clips, your shopping list visually--it's awesome (not that I have it, but I imagine it is from the videos I've seen of it). 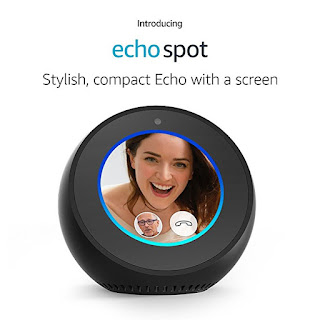 The mini version of it, coming December 19th to the States 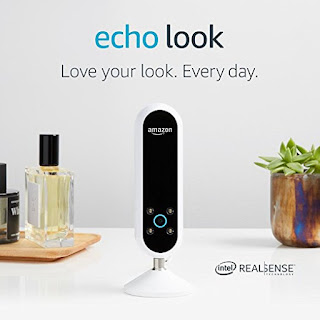 By invitation only--here's what Amazon says about it: 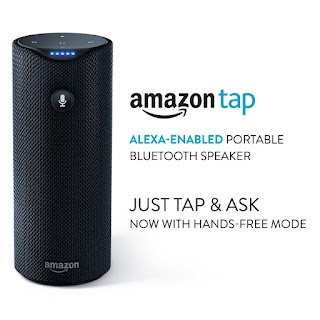 And then, there's the Amazon Tap
The beauty of this baby is it's portable.  As long as you have a wifi connection, including using your smartphone as a hotspot, you have "Alexa" with you wherever you go--including the beach!